The World is Already Anti-Christ's Teachings Before Judgement Day

Posted by wizanda on 1637255479
The world has already been deceived by the anti-Christ's teachings, which will soon lead to world war three; unless everyone helps fix the corruptions.

The Gospel of John was purposely made up to corrupt the teachings of Yeshua. Where in all 3 Synoptic Gospels Yeshua warns that those that come after claiming to be him, will use “I Am” statements to deceive many (Mark 13:5-6, Matthew 24:4-5, Luke 21:8).
We can show if we examine the Bible with software like Esword, where we can search by Strongs reference number, that Yeshua didn't go around making “I Am” (G1473 + G1510) statements about himself in the Synoptic Gospels, and appointed it to God. In the Gospel of John there is no parables, when Yeshua spoke mainly in parables, with a totally different character in the way Christ phrased himself. There are well over 30 points where the Gospel of John can be shown to contradict the Synoptic Gospels.

Much of Christianity is built on Paul's ideas, where Paul contradicts most doctrines that Yeshua put forward. Many award winning theologians have noticed that Paul contradicts Christ, yet due to Christianity being established by Paul, this hasn't been commonly taught.
Yet if we examine the Church history, we can show that the original followers of Yeshua were called the Ebionites; where James the Just head of the Church of Jerusalem, led the original Church against Pauline Christianity. Because the Ebionites all gave up wealth, and lived in a big commune which we find at the start of Acts, this became a problem to the Roman taxation of the Jews, thus the Pharisees made up Christianity to make them go back to work.

Simon who Yeshua called Petros, which means a Pebble that can trip us up, was because he would deceive people, and there is Midrash showing that Simon left the followers of Yeshua, and joined Paul to create Christianity in Antioch. In the Parable of the Seed Sower, the seed that falls on Stony Ground is plural of Petros, Petrodes. It is in prophecy in Zechariah 3:9 that before Yehoshua there will be a stone, that shall spread iniquity throughout the land, which shall be removed in a day.

Now as the return of Christ here before Armageddon, I'd rather people studied these religious contradictions, and through education it could lead humanity into an Age of Enlightenment; where people addressed these contexts, and remove the hypocrisies that exist within the Church.

The Quran tried to rectify this situation, teaching that the Jews had edited the books, and corrupted the Messiah's message. For us not to have world war three, we need to rectify that the texts were edited by the Pharisees; yet modern Rabbinic Judaism no longer recognizes this was done on purpose in the past, creating Christianity, which has always been contrary (anti-) to Christ's teachings.

One of the most fundamental points is that Yeshua challenged the Sanhedrin for saying that the murdering of the prophets counted as atoning sacrifices in Matthew 23:27-38, Mark 7:1-13, and the Parable of the Wicked Husbandman (Matthew 21:33-46, Mark 12:1-12, Luke 20:9-19). Where within the Parable of the Wicked Husbandman it teaches that the Pharisees will tell people you get an inheritance from his death, when they don't, they will be condemned for accepting a murder as a way to pay God.

When these false texts are removed, it is possible for Judaism to accept the prophetic aspects fulfilled by Yeshua; where the Curse of Moses (Deuteronomy 28) was placed on the world for his rejection (Zechariah 11). The next part in prophecy (Deuteronomy 29) is the Judgement Day Fire, which will annihilate the whole human race, and after God will resurrect the saints who've understood these corruptions.

Thus basically I'm asking anyone who claims to be interested in the fate of humanity to share this context, to help fix the corruptions; otherwise in Deuteronomy 30 God will resurrect those worthy, and the rest shall no longer exist. 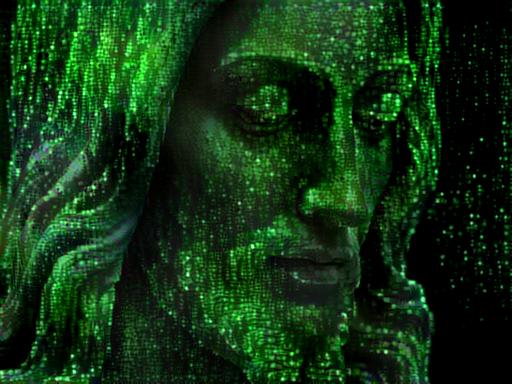